Cerebral palsy (CP) is the most common form of motor disability in children. CP refers to a group of non-progressive disorders of movement and posture that limit the child’s activity. CP is caused by a brain injury suffered during the development of the brain of a foetus or young child. This brain injury may occur during pregnancy, birth, or the early years of the child’s life. These motor disorders are often accompanied by sensory, perceptual, cognitive, and communication impairment and by epilepsy and secondary musculoskeletal problems.

The most common cause of CP is a lack of blood supply to a developing brain due to haemorrhages, inflammations, or strokes. Causes differ considerably, however, and they are unknown in many cases. (In 40% of cases, the cause of CP is unknown and may owe to deformities, brain injury suffered by the foetus because of infection or a lack of oxygen and blood supply, problems during childbirth, and postnatal secondary effects of meningitis, encephalitis, road traffic accidents, drowning, etc.).

By definition, the injury is stable (non-progressive), and the disorders are persistent yet change over time. Manifestations of CP depend on the extent and location of the brain injury and the brain’s capacity to adapt to the injury. Our constantly improving knowledge of neuroplasticity mechanisms suggests that neurodevelopment continues throughout our entire life. This knowledge also highlights the importance of intensive, specialized rehabilitation for patients with CP. In recent years, the prognosis for patients has improved because of new therapeutic tools and approaches. 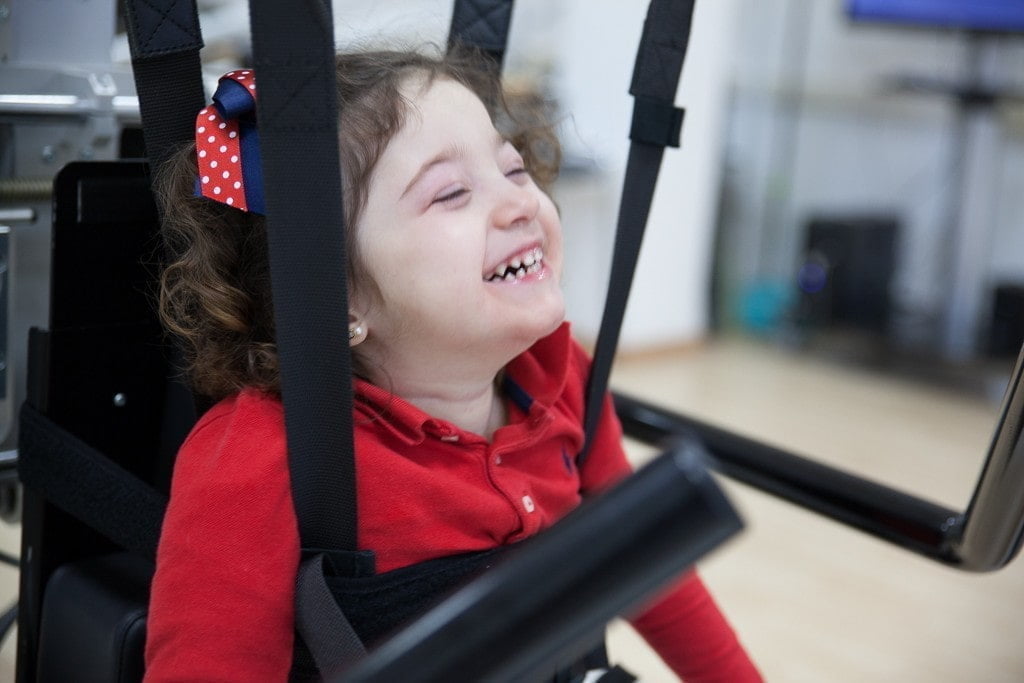 There are several classifications according to topography (the parts of the body affected at the motor level), neuropathology (the injured brain structures), and irregularities in tone and predominant movements (flaccid, spastic, dystonic, rigid, etc.). Currently, the aim of the classification is descriptive as well as being functional. In addition to motor disorder, all irregularities described here should be considered. Generally, classification takes place according to:

The part of the body affected: hemiplegia, diplegia, tetraplegia, monoplegia, triplegia
Irregularities in tone and/or movement: spastic (the most common: 80%), ataxic, dystonic, or mixed.

This type of CP is characterized by slow, involuntary, uncoordinated movements (aggravated by fatigue, alleviated by rest, and absent during sleep), which hinder voluntary activity. People with this kind of CP typically have muscles that change rapidly from slack to tense. Their arms and legs move uncontrollably, and it can become difficult to understand them because of trouble controlling their tongue, breathing, and vocal chords. Athetoid/dyskinetic cerebral palsy is due to failure by the central part of the brain to function correctly.

People with ataxic cerebral palsy have trouble controlling their balance because of brain injury. Depending on the extent of the injury, these people may be able to walk, albeit with poor stability.

Mixed cerebral palsy occurs when the brain suffers injuries in several of its structures, which means that the patient does not exhibit the characteristics of just one kind of CP, but rather presents a mixture of the characteristics from different types of CP. Cerebral palsy can also be classified according to the part of the body affected, which yields a classification by topographic criteria:

Occurs when the disability affects only the left or right half of the body.

Effects only appear in the lower members.

Both arms and both legs are affected.

Both legs are affected, and the arms are unaffected or only slightly affected.

Only one member is affected.
Finally, depending on the severity of the cerebral palsy, it falls into one of the following groups:

The affected individual can perform the activities of daily living, although he or she has some kind of physical irregularity.

The affected individual has trouble performing the activities of daily living and requires support and assistance.

The affected individual requires assistance for practically all the activities of daily living.
Gestionar el consentimiento de las Cookies
We use cookies (own or third parties authorized) with analytical purpose and to show you personalized ads based on a profile developed by your web surfing habits. You can authorize the transfer of data to third parties, accept all cookies by pressing the “Accept Use of Cookies” button, configure cookies preferences or refuse the use of cookies. For more information, visit our
Manage options Manage services Manage vendors Read more about these purposes
Cookies Preferences
{title} {title} {title}
Scroll to Top
Llamar